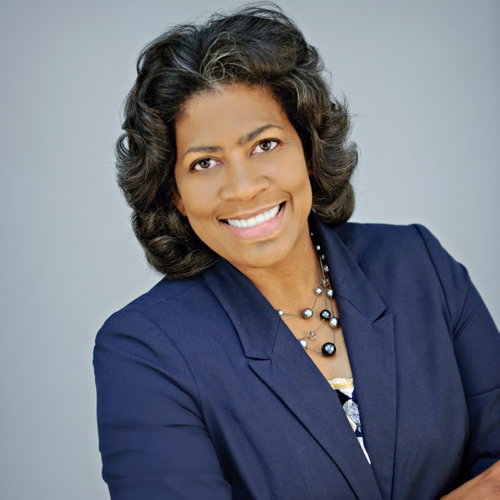 Delise S. O’Meally is the CEO of the Institute for Sport and Social Justice (The Institute). The Institute, founded by Dr. Richard Lapchick in 1985, uses the power of sport to effect positive societal change. The Institute educates and empowers individuals and organizations through inspiring values-based thinking leading to actions that promote social responsibility and equality. As CEO, O’Meally is responsible for strategic planning, leadership, fundraising, operational planning, and managing the activities of the Institute. She plays a primary role in the organization’s Human Trafficking awareness program which, over the past three years has impacted tens of thousands of students, faculty, administrators and others on college campuses across the nation.

O’Meally, a former collegiate tennis player from Montego Bay, Jamaica, has been involved in athletics administration for more than 25 years with almost 17 years of service at the National Collegiate Athletic Association (NCAA). While at the NCAA, O’Meally worked closely with the NCAA Executive Committee, oversaw the work of Association-wide committees, and guided the implementation of several NCAA social justice policies, including policies on Native American Mascots, the Confederate flag, and transgender student-athlete participation. She also managed the Youth Education through Sports (YES) program, “an initiative designed to create opportunities for under-represented and under-served youth in low income communities.” In 2010, she created and implemented the international affairs program at the NCAA.

Recently elected as the USA representative on the FISU Executive Committee for the 2019-2023 mandate period, O’Meally is a prominent voice in international university sports. She also serves as the Secretary General of the United States International University Sports Federation (USIUSF), the first woman in that role in the organization’s 50-year history. She is a former Vice President of USISUF, and has served as First Vice President of FISU America, the Pan American University Sports Federation. She has served on the International University Sport Federation (FISU) Executive Committee as well as the FISU Commission on the Global Development of University Sports, and was the Pan American regional representative on the FISU Gender Equality Commission. O’Meally has served as Head of Delegation for USA Team during the World University Games in Taipei City, and Deputy Head of Delegation during the Games in Kazan Russia, Gwangju, Korea and Almaty, Kazakhstan. One of her most prized memories is competing as a student-athlete in the 1993 World University Games in Buffalo, New York where she represented her homeland, Jamaica.

O’Meally has been acknowledged with many honors including the Women Leaders in College Sports Nell Jackson Administrator of the Year Award and the Nova Southeastern University’s Pioneer award. In 2016, she was inducted into the Morgan State University Athletic Hall of Fame. She was featured in NCAA Champion Magazine, and Diverse: Issues in Higher Education. She also serves on the Board of the Ball State University Center for Peace and Conflict, and the Board of Overseers for Indiana University’s Tobias Center for Leadership Excellence. A vocal advocate for opportunities for women and people of color, and a passionate believer in the unique power of sports to break down barriers and contribute to a peaceful and just society, O’Meally has earned an MBA and a Juris Doctorate and is admitted to the Indiana Bar. She and her 15-year old twin daughters Cameron and Casey, whom she has coached since they were 3, can be found most weekends on the tennis courts.