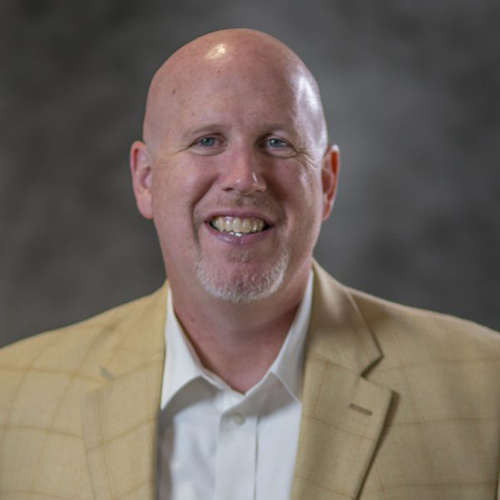 For over two-decades, Dr. Jeff O’Brien has been committed to harnessing the power and appeal of sport to create positive social change. He is a stalwart leader at the NCAS and a consummate team-player. Jeff provides strategic thinking and innovative idea generation; coordinates and manages the activities of NCAS training consultants; develops new programs and curriculum; and leads high profile trainings. Jeff has a track-record of understanding athletic market needs, developing solutions that have value, and consistently delivering exceptional results.

He provides administrative leadership for multiple NCAS programs, including: the MVP National Partnership, Branded a Leader (BAL), and Athletic Leadership in the 21st Century (AL 21). Jeff is the primary author and developer of NCAS new curriculum and training programs. Clients utilizing these innovations include: NASCAR, US Military, Orlando Magic, SEC, A-10, NFL, MLB, US DOJ, and Siemens.

Jeff has delivered presentations at over 100 conferences, and provided trainings for thousands of administrators, coaches, and student-athletes at over 150 universities, and worked with all major professional sports leagues in the US. He conceived and executed a strategy for conference-wide partnerships to maximize “social justice through sport” messaging at member institutions of some the nation’s leading conferences — the Southeastern Conference (SEC), A-10 Conference, and Big Ten Conference.

Jeff serves as a Subject Matter Expert(SME) on bystander intervention and violence against women for all branches of the US military and Australian Army, and has delivered domestic and sexual violence prevention education for military service members in Iraq, Bahrain, Germany, England, Japan, Hawaii, Alaska, Australia, and throughout the mainland US. He is one of three SME’s to create the US Air Force’s system-wide Bystander Intervention Training (BIT).

He began his professional work of changing lives through the power of sport in 1995 when he was named as the initial Director of Canisius’ AmeriCorps program — Athletes in Service to America. Jeff has been the Director of the MVP program since 1998, and from 2003-06, Jeff was the Sr. Associate Director of the Center for the Study of Sport in Society, providing leadership for the Center’s variety of outreach programs and serving on the senior leadership team.

Jeff is a published author and speaks regularly with the media. He has presented at over 100 conferences and is regularly sought after for expert perspective and technical assistance regarding bystander intervention, gender violence, leadership and sport in society. He has been interviewed and quoted by dozens of local, national, and international media outlets including: CNN, Court TV, NY Times, Boston Globe, Parade Magazine, NPR, BBC, MSBNC, and Teaching Tolerance Magazine.

He holds a BA in English and MS in Education from Canisius College in Buffalo, New York and is currently pursuing a doctorate degree in Educational Leadership from the University of Central Florida. He was an All-Conference and Small College All-America selection as a Tight End following his junior and senior seasons and co-captain for his senior year. Jeff was inducted into the Canisius College Sports Hall of Fame in 1999.