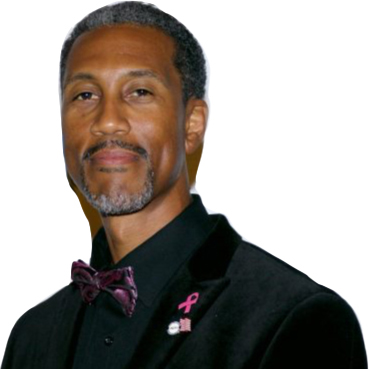 Garnett L. Overby III, from Compton, California, found sports and academics as an avenue for success in life. Garnett attended the University of Nevada, Reno (UNR) on a football scholarship from 1992-96. He was a four year starter at safety for the WolfPack. During his time at UNR, the WolfPack is the only football team in NCAA history to move from Div. I-AA to Div. I-A and win their conference in the first year (1992 Big West Conference), played in the first NCAA football overtime game (1995 Las Vegas Bowl versus Toledo), won four conference championships (Big West Conference 1992, 1994, 1995, 1996), and participated in three bowl games (Las Vegas Bowl 1992, 1995, 1996). Garnett was named to the Big West freshman team (1993) and conference teams (1995, 1996).

As a student-athlete, Garnett earned a Bachelor of Science in Business Administration, Marketing and Master’s in Educational Leadership, Higher Education Administration from UNR. During his undergraduate year’s, Garnett was on the Dean’s list for three consecutive years. Garnett plans on pursuing a doctorate degree from the University of Central Florida.

As a professional, Garnett has experience as a director, administrator, coordinator, teacher, trainer, facilitator, and consultant. His career began with the NCAS (now the ISSJ) as the Assistant Director of the Western Regional Office at UNR with a focus on youth development programs.

Garnett was promoted as the NCAS (now the ISSJ) Director of the Mid-Atlantic region at Drexel University. Garnett has also worked as an Organizational Development Specialist with the National Education Association (NEA), a high school Special Education Teacher, a diversity trainer with the NCAS (ISSJ), and as a Program Director/Coordinator for Upward Bound at UNR. Within all these capacities, Garnett has exemplified a high level of professionalism, integrity, and achieved great success. Garnett is very excited to have returned to the ISSJ with a vast amount of professional experiences and advanced education.

Garnett is happily married to the beautiful Amber Overby. They are blessed with four children, Jordyn, Grant, Alise, Nia, and a niece, Aunalize.