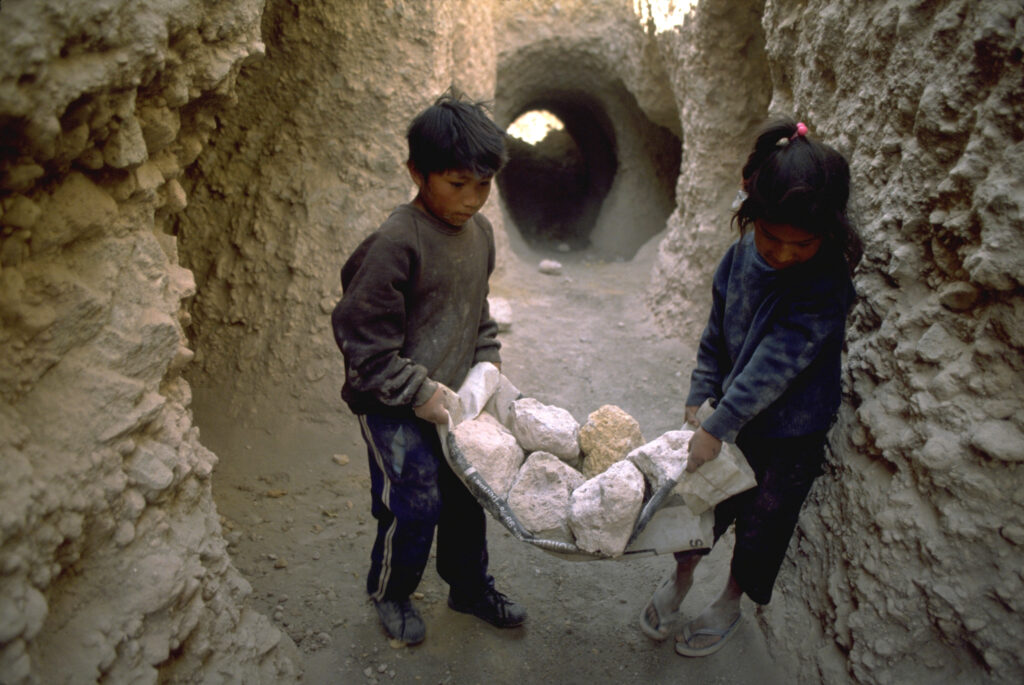 A boy and a girl carry pumice stones loaded on an empty sack, each holding one end, out of an underground volcanic mine, near the southern city of Arequipa. In 1996, in spite of economic improvements in Peru, more than half the country’s 23.3 million people live in poverty, 20 percent in extreme poverty. Almost 400,000 children 6-11 years of age do not go to school.

The Institute For Sport & Social Justice (ISSJ), formerly the National Consortium for Academics and Sport (NCAS), is now in the fourth year of a partnership with the U.S. Fund for UNICEF (UNICEF USA), annually targeting between 4 and 10 college and university campuses across the United States.  Prominent student-athletes, coaches, athletic administrators and students will speak out and educate peers during a one-week program at each university.  The goal is to raise awareness about human trafficking in the United States and to inspire students to take action while learning the value love and forgiveness can have in implementing change.  Leaders of the initiative will share their takeaways from the program, and reflect on the power of love and forgiveness to make a difference.  Shut Out Trafficking will educate college students on the brutality of human trafficking and the $150 billion dollar industry it has become, and empower students to take action against it.  Trafficking is one of the most profitable criminal industries in the world second only to drug trafficking with profits growing by nearly 400 percent in the last five years alone.

Human trafficking is one of the most horrific human rights violations existing in our world today.  An estimated 26 to 28 million people—about half of whom are women and children—are enslaved at this very moment.  The root causes include poverty, discrimination, lack of education, lack of social and legal protections and violence. The international community is finally mobilizing to protect all human beings from this heinous crime.  In the United States, most people who know it exists only believe it is a problem outside our borders.  However, trafficking has been reported in all 50 U.S. states, and in the United States alone it is estimated that there are between 100,000 – 300,000 children at risk for sex trafficking. 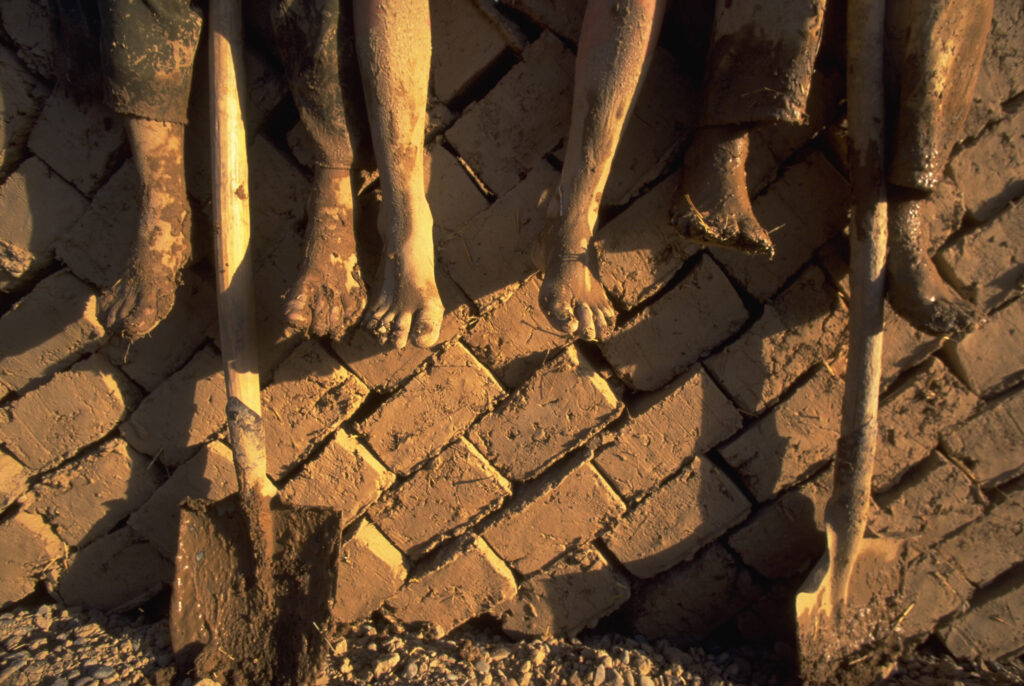 Their feet covered in mud, three children sit on top of a pile of bricks they have made during a break in their work in the Kuran section of the northern city of Erbil. Internally displaced by ongoing fighting in the northern part of the country, the children work to help support their families and do not attend school.

ISSJ and UNICEF USA will host 3-day outreach programs on campuses of colleges and universities across the United States.  The events will include public service announcements,  film screenings, appearances by prominent student-athletes and coaches, and possibly speakers who are survivors of human trafficking and discussion groups with students.  Speakers will share their personal stories and their reflections about the power of love and forgiveness in their lives.  Students participating in the events will be invited to become active in the fight to end human trafficking.  One of the goals of the project is to create a cadre of student activists who will be involved in anti-trafficking work on an ongoing basis. 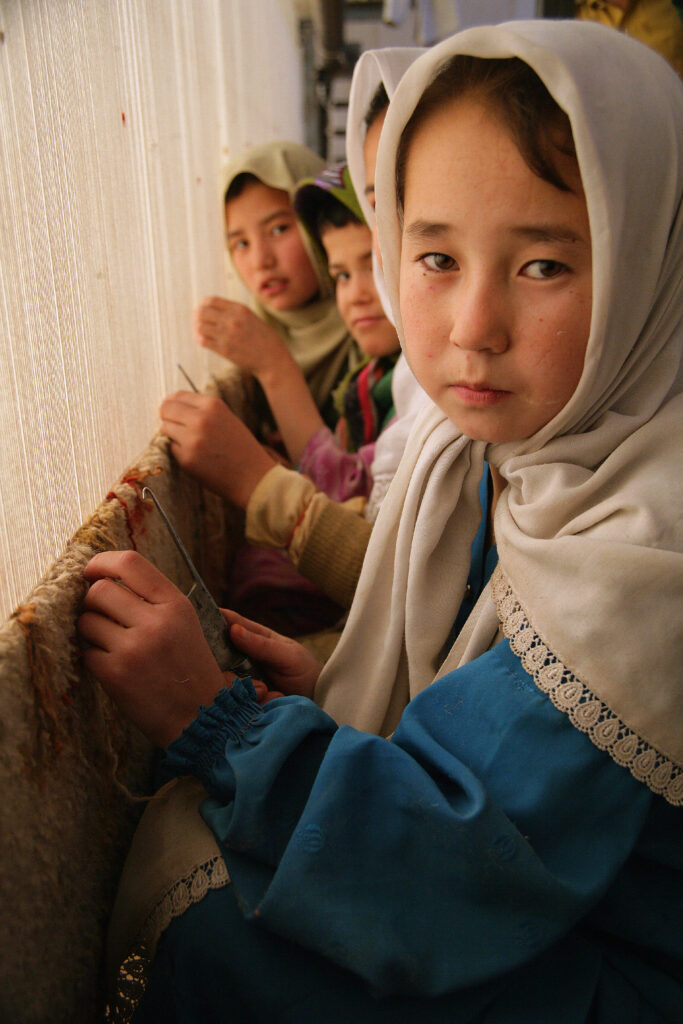 Girls hook a rug by hand on a giant loom, in a carpet factory near Quetta, capital of the southern province of Balochistan.

Due to COVID-19 and “social distancing” concerns, we are discussing building a schedule for the 2021-22 academic year. Updates will be posted when confirmed. We welcome any and all inquiries.