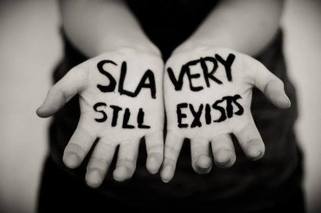 Thank you, former President Barak Obama, for declaring January as National Human Trafficking Prevention Month. This modern-day slavery initiative paved the way for numerous communities and organizations to get involved and promote awareness. There were 91 community initiatives in January which was significantly higher than previous months.  The San Diego Police Department set precedent by their recent two-day human trafficking sting. The operation arrested 142 people and rescued 55 victims including 28 children. I am hopeful that America will follow the lead of former President Obama and continue to combat human-trafficking.

In the United States in January 2017, there were 244 individuals arrested, suspected, or charged with human trafficking activities, as well as 81 victims rescued, including 34 children under the age of 18. There were five new laws passed and 91 community initiatives.

Internationally, there were 57 individuals arrested, suspected, or charged with human trafficking activity, as well as 120 victims rescued, including five children under the age of 18. There were no new laws passed and seven community initiatives.

As many of us will be watching Super Bowl LI, it is imperative that we remain cognizant of this on-going epidemic. Many believe that the Super Bowl, like other large events, is a magnet for traffickers to expand their activities based on the large number of men who attend the event..